Welcome to Dylan O’Brien Online your oldest & best fan source for everything about the amazing Dylan O’Brien! Best known for his role as Stiles Stilinski in MTV's Teen Wolf. You may also know him from movies such as The Maze Runner Movie Series, The Internship, High Road & many other movies. You’ll find the latest news, high quality photos and media on Dylan. Check out the site and please come back soon.
Gallery Update Public Appearances
Photos: “Not Okay” New York Premiere
July 29, 2022
mouza

I’ve updated the gallery with photos of Dylan attending the New York premier of “Not Okay”. The movie is available to stream today on Hulu. 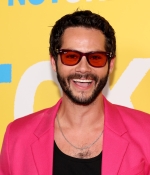 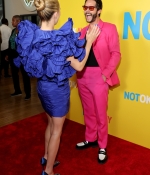 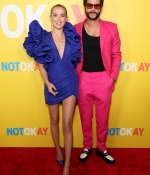 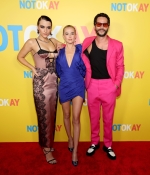 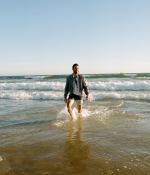 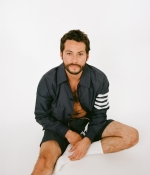 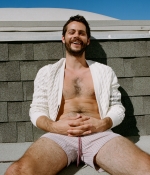 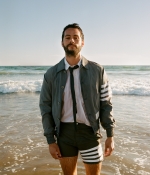 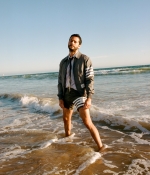 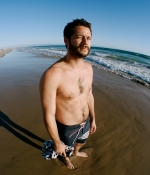 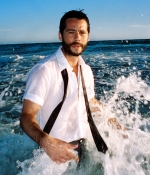 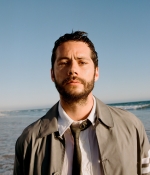 Last year, Dylan O’Brien proved he doesn’t take himself too seriously when he appeared on Curb Your Enthusiasm as a highly exaggerated version of himself. It’s a rite of passage for any actor with enough self-awareness to take the piss out of the whole fame thing, and a chance for O’Brien, largely known for his roles in MTV’s Teen Wolf series and The Maze Runner franchise, to show off his comedic chops. Now, the 30-year-old actor is proving that was no fluke by setting his sights on another fame-obsessed corner of society: influencer culture. In Not Okay (out July 29 on Hulu), director Quinn Shephard’s biting satire on the perils of clout chasing, O’Brien plays Colin, a status-obsessed influencer who works with Danni (Zoey Deutch), an aspiring writer who finds herself in the internet’s crossfire after pretending to be the survivor of a traumatic event for likes. We recently caught up with him to discuss his perspective on influencers, why Gen-Z is misunderstood, and his selective process for choosing new roles.

JACKSON WALD: How were you introduced to your character in Not Okay, and what did you think about him upon reading the script?

DYLAN O’BRIEN: The script first came in as just, “Check this out, and if you like it, do you want to meet Quinn?” I knew that Zoey was attached. I had just worked with her earlier in the year and loved her, and I’d heard that Quinn was a very talented, young, up-and-coming filmmaker. I checked out Quinn’s movie. I did all my homework, and I read the script. I’ve just always been taken aback by these, not even influencers, but these white tatted kids who talk with blaccents as if they’re from the streets, appropriating Black culture, and being someone that “we” are thirsting over. I found it such an odd trend, but I was fascinated by it. That’s how I saw the character. I wanted to go full force with it. I wanted the tats, the Bieber blonde hair, and an MGK Fortnite skin. I just wanted to take the piss out of that kind of person.

WALD: It’s interesting to track the origins of that type of character. The first thing that came to my mind is Vanilla Ice. But If you really want to pinpoint it to a certain moment—I’m interested to hear where you think it started—but to me, it’s Vine. Because Vine was TikTok before TikTok.

O’BRIEN: I think you’re totally right. Vine is the first time I became aware of the influencers who are becoming like the Cameron Dallases, or Nash Grierses, and in reality, are pretty white kids from these suburban towns that talk like they’re from the block, and they just make these thirsty vids.

WALD: When you were preparing for the role of Colin, was there any prep involved? Did you spend hours watching TikTok, or something to that effect?

O’BRIEN: No. What’s funny is, I should have done more of that. I was actually dating a girl that summer for a bit and I was picking up a lot of things from her, too. She had that sort of vibe. Like she’d be constantly saying, “OD as fuck,” and “No cap, and cap, no cap.” Just all these terms. I would just be walking around my house, and would just record riffs on my phone. I really wanted to explore the dichotomy of him always having these beliefs, and then his actions being completely fake as fuck.

WALD: Is there an audio recording of you just going, “Deadass”?

O’BRIEN: What’s funny is, when the part was officially offered to me, I sent Quinn a tape on my own of how I wanted to do it, just in case it wasn’t what she wanted. I sent her this random tape of me talking like him, and saying this random shit. She sent it back, and she’s like, “That’s totally it.” [More at Source]

I’ve updated the gallery with photos of Dylan attending the Vanity Fair & Lancôme party celebrating the Future Of Hollywood. 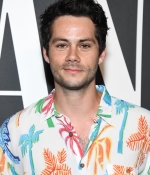 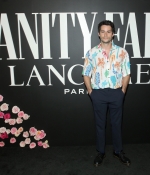 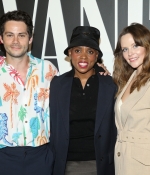 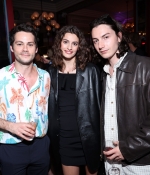 Dylan O’Brien can recall the precise moment he broke the internet. It was during the summer of 2021, when he was filming TikTok videos sporting a Balenciaga shirt, a platinum blond buzzcut, and a temporary snake tattoo slithering up his forearm. The actor’s fans went rabid, fawning over his new look. But the thing is, that wasn’t him—the Dylan O’Brien who prefers to keep his appearance, as he puts it, “plain” and “accessory-less”—that was a character for the upcoming social media satire, Not Okay.

He looks back on that transformation like a scientist examining an otherworldly specimen under Twitter’s global microscope. “I was still exactly who I was,” the actor says. “And then I just put on this video game skin, and people were like, ‘That’s what we want you to look like.’” But before that can be interpreted as a gloomy statement on how the world would perhaps prefer O’Brien emulate Pete Davidson, he breaks out into a wholesome smile. “I thought I looked awesome! I’ve never looked so cool.”

It’s somewhat understandable why O’Brien’s fans were so pleasantly surprised. The actor rose to fame as a dorky sidekick in cult smash series Teen Wolf, then ascended even higher as a straight-laced, affable leading man in The Maze Runner franchise and Love & Monsters. He’s equally as down-to-earth when he joins our Zoom call from his home in Los Angeles. Dressed in a white t-shirt (sans accessories), he’s quick to lighten the mood even when the topic of conversation threatens to turn serious.

O’Brien’s latest film, the ’50s gangster whodunnit The Outfit, sees him explore the murkier depths of morality, a side of him rarely exhibited since Stiles Stilinkski was possessed by an ancient spirit at Teen Wolf’s peak. (Unless you count his turn as the scarf-stealing boyfriend in Taylor Swift’s All Too Well short film.) “There was something really special about this script,” he says, remembering that when he read it for the first time on a plane he “stood up and clapped.” Soon after landing, he emailed an audition tape straight to director Graham Moore, a method he admits to having a very low success rate. (So far, it’s worked only once.) “I’ve definitely done that before when I feel particularly passionate about something,” he explains. “But it’s a line you don’t want to [cross]. I don’t want to beg for things. You want to be wanted. It’s weird how this business works, it’s like dating,” he jokes, bursting into laughter. “You have to play hard to get.” [More at Source]