Welcome to Dylan O’Brien Online your oldest & best fan source for everything about the amazing Dylan O’Brien! Best known for his role as Stiles Stilinski in MTV's Teen Wolf. You may also know him from movies such as The Maze Runner Movie Series, The Internship, High Road & many other movies. You’ll find the latest news, high quality photos and media on Dylan. Check out the site and please come back soon.
Love & Monsters Movie Projects
Video: “Love & Monsters” Official Trailer
September 17, 2020
mouza
Movie Projects News
News: “Love and Monsters” Heading to VOD
August 20, 2020
mouza

Paramount has decided that the Dylan O’Brien movie Love and Monsters ne Monster Problems isn’t going to hit the big screen, rather PVOD on Oct. 16.

“Given the demand for new, high-quality entertainment right now, Paramount has decided to release Love and Monsters widely on digital platforms,” said Andrew Gumpert, Chief Operating Officer, Paramount Pictures in a statement. “While we eagerly look forward to the reopening of movie theaters, we wanted to make this original and imaginative film available for everyone to enjoy at home.” [more at source]

Dylan O’Brien is in negotiations to star in Peter Farrelly’s next movie, which is based on the novel “The Greatest Beer Run Ever: A True Story of Friendship Stronger Than War.”

O’Brien beat out a number of other actors for the part, which was one of the more sought after roles in Hollywood for a leading man in recent weeks. Viggo Mortensen, who previously starred in Farrelly’s last film “Green Book,” has a supporting role in the movie.

Brian Currie and Pete Jones will co-write the script with Farrelly, which is being adapted from Joanna Molloy and John “Chickie” Donohue’s book. It’s based on the true story of Donohue, who left New York in 1967 to track down and share a few beers with his childhood buddies in the Army … while they were fighting in Vietnam. [Source] 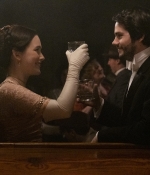 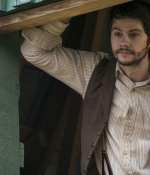 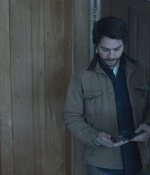 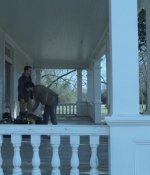