Welcome to Dylan O’Brien Online your oldest & best fan source for everything about the amazing Dylan O’Brien! Best known for his role as Stiles Stilinski in MTV's Teen Wolf. You may also know him from movies such as The Maze Runner Movie Series, The Internship, High Road & many other movies. You’ll find the latest news, high quality photos and media on Dylan. Check out the site and please come back soon.
Other Projects

Below is a list of other projects that Dylan has starred in. They are listed in reverse-chronological order, with the most recent ones last. Click on the titles to read more about each project individually. 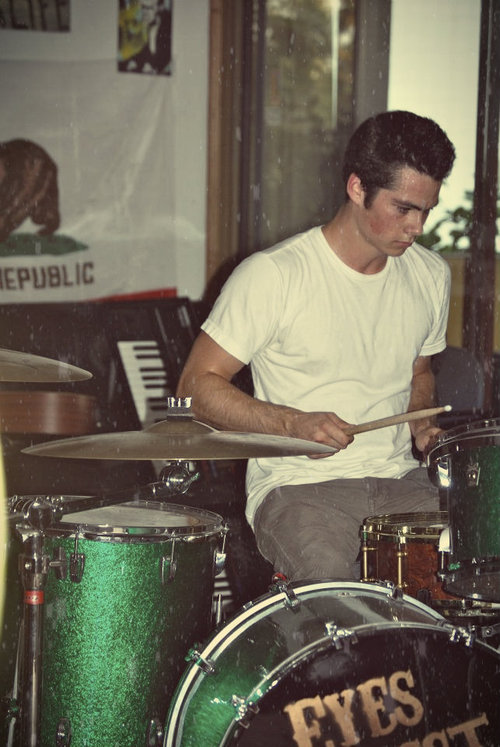 In February 2009, a group of seniors at Mira Costa High School, along with one from Rolling Hills Preparatory School and Bishop Montgomery High School, formed a party band, Slow Kids at Play. College interrupted the band’s momentum, but they were still able to record original music that hit the iTunes charts. Now free from the school grind, some of the original band members have reignited the band to create a new chapter in its history.

The original members of the band included Hunter Porter (keyboards), Max Hamilton (vocals), Ryan Hadley (bassist), Steve Beuder (guitar), Ben Biener (guitar) and Dylan O’Brien (drums and vocals). The new lineup has seen some changes. Hadley has moved to San Francisco, so Porter has been filling in on bass. O’Brien has become a TV star with one of the lead roles in “Teen Wolf” so he has taken a hiatus from the band because of his hectic schedule. Beuder’s younger brother, Chris, is now playing drums.

Slow Kids at Play was able to record a couple EPs after the band members graduated from high school and after freshman year in college. They combined the EPs and released them on iTunes in September 2011. O’Brien went to college for about a year when he landed the role of Stiles in “Teen Wolf”.

A T.V. show about a guy who is down on his luck and his crazy first dates with wild women.